The module has covered a lot of ground. We started by thinking through the history of Britain told as public history and how the subject is taught within schools. And upon reflection, this topic has never been left behind. The publication of the History Manifesto in October, MBS members’ reflections on Birmingham’s on-going Connecting Histories projects, our postgraduate students‘ contributions to our blog and the continued discovery of new and innovative projects keep reminding us of the ways in which the past and the present link up in all sorts of public forums. The MA in Modern British Studies is important to us as it provides one way for us to think through our centre’s work and ensures that our intellectual concerns and preoccupations are in synch with, and informed by, the concerns of our students as well as reflective of our individual and collective research questions.

The MA in Modern British Studies encourages those involved to think about how historians have studied the British past. Where have historians of Britain turned their gaze, how have they practised their work and what results have been yielded? Teaching New Directions in British History has further helped me reflect on the ways in which different approaches taken by historians have thickened our knowledge, pricked our conventional periodizations and destabilized assumptions about Modern Britain’s history as well as offering insights into how the past might be captured, described and represented.

Through the module we have explored how historians have used categories of class in their work by thinking through histories of the working class moving from the poor stockingers and luddite croppers of E.P. Thompson to the more recent ‘demonization’ of chavs articulated within the work of Owen Jones, all via Selina Todd’s more recent study The People. But we have also grappled with other complex social, cultural and political identities which emerge within the histories of gender, politics, race and empire.

In doing this, all of us involved with the MA in Modern British Studies have found a great deal of excitement in the analytical skills offered to us by historians of Britain. Amongst other insights, we have found rich potential in the close readings of crossed out words within letters sent home from the First World War’s trenches and how these might allow us to write emotional histories of the British past. We have grappled with the ways in which histories of objects like the post-box, the envelope and filing cabinet can be used to provide a crucial link between the infrastructure and ideology of the British state.

We have studied how the history of NGOs and social movements might relate to more traditional ways of writing political history. We have thought about how gender, as expressed and found in the footsteps and gazes of those walking through the streets of late 19th century London, offer both historical and political insights. And we have considered how thinking through issues of sexuality might allow us to unpick false dichotomies between the history of the public and the private, through understanding  – amongst other things – the ambiguously manipulative photography of Dr Barnardo.

If such subjects have been beneficial to our thinking about how we might write the history of British past, the module New Directions in British History also gives students the space to think about how the imperial turn and global and transnational history has raised discussion of where we can locate the British past. Reading a cultural history of hunger is certainly a challenge, but the points of connection between national, colonial, and trans-national regimes of welfare, poverty, and inequality that emerge from doing this, clearly resonated in the past and continue to reverberate today.

As with all courses, our discussions within the MA in Modern British Studies have sometimes generated as much heat as they have done light (see our attempts to draw Patrick Joyce’s conceptualization of the state). 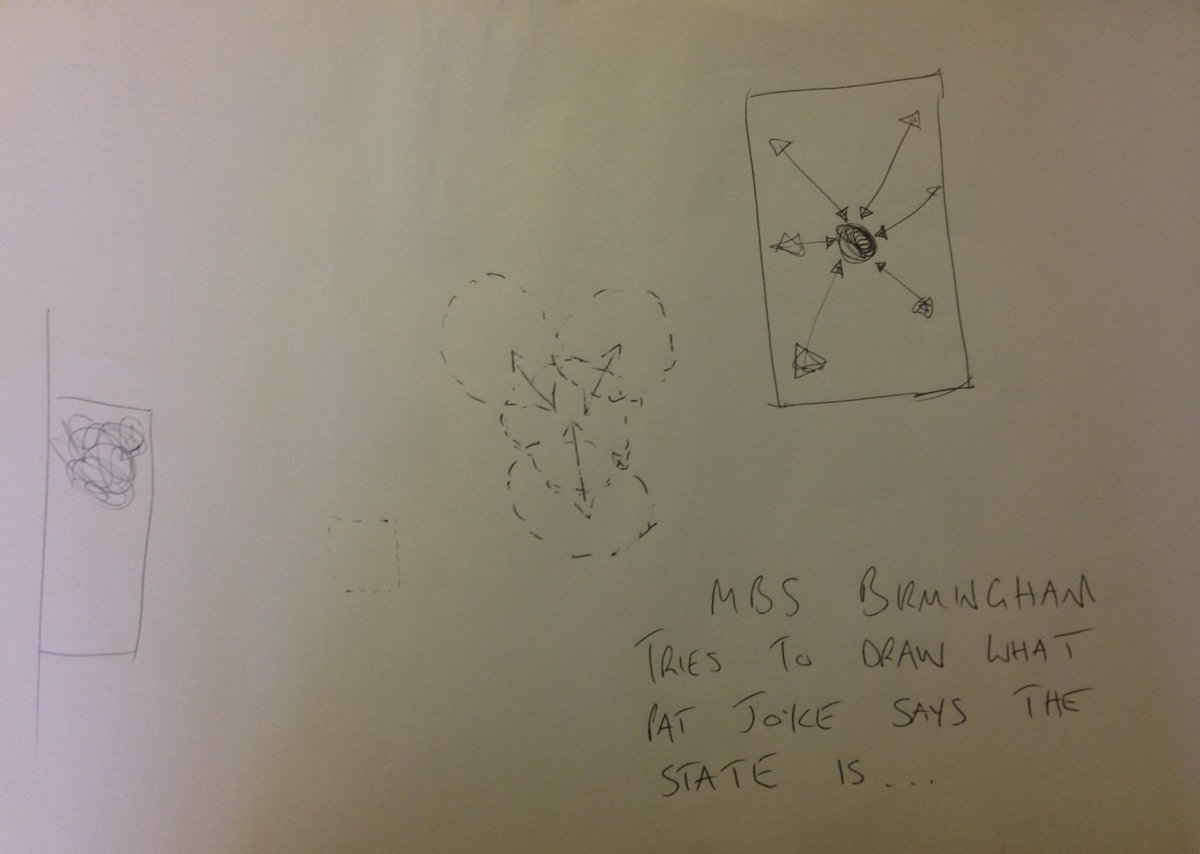 My co-pilot, Matt Houlbrook, and I have not always been in agreement about the merits of various historical approaches and arguments that we have studied, and we still have important questions on chronology, periodization (that can be found within our conference call for papers) that we need to unpack as our term and our module draws to a conclusion.

From my point of view, one firm thing the module has done is to reiterate the complexity, sophistication, vitality and innovative approaches that historians have taken, and continue to take, when approaching Modern Britain. The MA in Modern British Studies therefore allows our students, as well as us, to start to tackle our central question: ‘what does it mean to study Modern Britain today’.

The MA in Modern British Studies takes different ways or practising history seriously. Next term’s core course will build on this. I need to keep relatively quiet on this to avoid spoilers for those currently enrolled, but as a sneak preview I can reveal that our MA students will be reading personal diaries and life-stories in the Cadbury Research library, working on the fantastic photographic sources taken by students from Birmingham’s Centre for Cultural Studies during the late 1960s (one of which forms the backdrop to MBS’ CFP poster and associated imagery), looking at documentary films like St Kilda its People and its Birds, and examining the types of material culture that can be found in the home through thinking about the work of the East India Company at Home project. A seminar on how historians might make use of music will be framed around the oeuvre of the West Midland’s finest grindcore ensemble, Napalm Death. This term has been thought-provoking, next term looks like it will be that way as well.

Find out more about the MA in Modern British Studies and studying with us.

7 thoughts on “New Directions in Modern British Studies – Some Reflections”