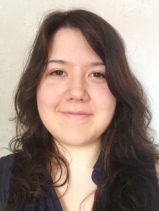 Established in 1934, the British Council was tasked with fostering international relations through cultural diplomacy and educational exchange. Governments quickly saw the Council’s potential as a tool in helping shape and promote a particular image of Britain to a global audience. Inspired by the documentary film movement of the 1930s, around 120 short documentary films about British life were commissioned by the Council during the 1940s and were shown in over a hundred countries until the mid-1960s.

A mixture of scripted and unscripted documentary, the collection covers a range of topics, including British history, public services, welfare provision, natural history, science and technology, industry and agriculture, and the workings of governing institutions. Yet there are several themes that can be identified in the collection.

Firstly, Britain is seen as being an advancing industrial country, a modern and productive state built upon mechanised industry and agriculture. Visually arresting, the Technicolour Steel (1945) explains the workings of a foundry and describes steel as being the backbone of Britain’s industrial power, declaring “the finest and truest steel” to be British steel. Innovations in technology and machinery used in British agriculture are told in Power on the Land (1943), underlined by the “close partnership between farmer, machine maker and agricultural engineer”. Both films explicitly place the relationship between skilled worker and machinery as essential in this story of a mechanised Britain, reassuring the viewer that far from the tradition of the steelworker and the farmer being replaced by technology, they are instead fundamental to a modern state’s growing industrial power. Such unbridled optimism over the future of British industry is especially poignant given the deindustrialisation that occurred in later decades.

But the films are keen to stress that this modernising identity has not come at the expense of Britain’s rural past. In many films, a rather genteel vision of small-town British life is portrayed, one that is infused with optimism about the country’s future whilst constantly referring back to its traditions and heritage. Noticeably, these films make little reference to the war.

Set in Lincolnshire, Country Town (1943) introduces the viewer to a ‘typical’ market town with the “old and the picturesque…side by side with the new”. Community life is portrayed as being of good quality, with much of the film showing locals enjoying various pastimes and leisure pursuits. Little is mentioned about the war, but where it has impacted on their lives (i.e. rationing), the narrator frames it as being almost beneficial to the community in having raised their awareness of being part of something bigger and making them more “communal”.

Despite the bulk of the Council’s collection having been produced during wartime, very few of the films make mention of the war and its impact on British life. As such, it gives many of the films a certain ageless aura, showing a Britain that is almost removed from the wider wartime context. (It also likely enabled them to be shown well into the 1960s by not tying them to a particular point in time.) Compare this with much of the Crown Film Unit wartime propaganda output which was far more explicit in acknowledging the ongoing war and people’s experiences of it, such as Target for Tonight (1941), Western Approaches (1944), and Humphrey Jennings’ Listen to Britain (1942).

This may well be down to the nature of the relationship between the British Council and the Ministry of Information. Throughout the war, there was pressure from some within government who felt the Council’s work could be done more efficiently by the MoI which could better co-ordinate the government’s propaganda output. This conflict over the extent to which the Council’s work was considered political propaganda meant that (after much wrangling) it was decided that the Council could continue but had to confine itself to cultural and educational activities, leaving any political propaganda to the MoI but with the Council’s film work still having to be approved by the Ministry prior to distribution.

One final theme in the collection is the notion of citizenship and the individual’s relationship to the state and wider society. A citizen contributes not only to their local community, but the nation as a whole. In return, the state is shown to care for the welfare of its citizens through its public services and institutions. “The protection of the nation’s health is of paramount importance” proclaims the narrator in Health of a Nation (1943), a film that outlines efforts made by local government in providing free healthcare for children, good quality housing and combatting air and water pollution, as well as showcasing the national health insurance and pension scheme.

Health of a Nation

The spirit of the Beveridge Report is felt throughout such films, highlighting the improvements to working and living conditions and in welfare provision undertaken during the war which helped pave the way for the post-war welfare state.

The British Council Film Collection clearly does not tell us what Britain was like in the 1940s, but that was never really its intention. Instead, consciously aimed at an overseas audience, the films are about promoting a particular image of Britain to the world. Produced and distributed against the backdrop of a wartime Britain that was soon to be followed by the post-war dismantlement of empire and diminishing global dominance, economic struggle and reconstruction, and the developing Cold War, the films show Britain in a somewhat defensive mode.

They present an image of Britain that is proud of its history but embraces modernity and pursues technological advancement; whose economic strength is built upon its growing industrial, agricultural and scientific sectors; where society’s post-war reconstruction focuses on improving the welfare of its citizens, and who in turn see themselves as being able to contribute to the betterment and progress of the wider society. This collection gives us an insight into how some in Britain wanted to be perceived on the world stage, presenting itself as a resilient and progressive nation with a significant role still to play in the post-war world in a period that is nowadays characterised instead as being one of British decline.

Picture credit: Still taken from “HEALTH OF A NATION” (1943). The film is part of the British Council Film Collection, 120 short documentaries made by the British Council during the 1940s designed to show the world how Britain lived, worked and played. View, download and play with the Collection at www.britishcouncil.org/film