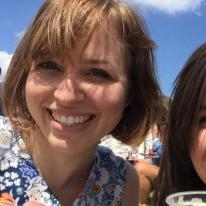 A couple of posts back Matt Houlbrook wrote about the hidden history contained within his small bureau. Here Chloe Ward from the University of Melbourne and a former MBS Visiting Fellow, responds by reflecting on her own family’s display cabinet.

Do you have a display cabinet or case in your family? If so, we would love to learn more about it — to see your hidden objects and hear the stories you have to tell. Please feel free to share your stories through the comments section on this blog.

My Nanna, Joyce, never, ever called Australia ‘home’. She spent most of her life in Australia, from when she left Ilford in 1952 until her death in 2003, but it was never home. She was English, so English that she died getting up to make a cup of tea.

When she died, of a sudden heart attack at the age of 83, we put her ashes in the glass fronted tv cabinet in my mum’s living room. She would have preferred being there, with everyone, above anything more elaborate. Since then, a small, collection of cheap Princess Diana paraphernalia, collected by my siblings and me on visits to the UK, has grown up around Nanna’s ashes. 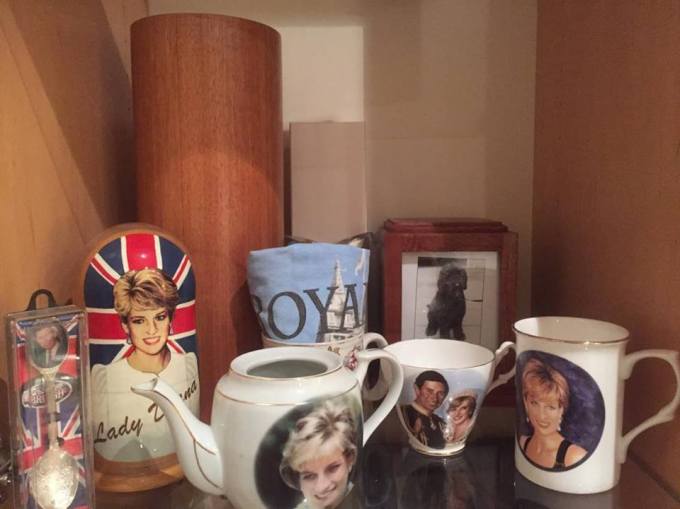 How do we evaluate this archive? The individual objects can’t be disaggregated from the collection as a whole, or even from the shelves they stand on, or their place in the living room. Collapsed into this cabinet is a story about class, gender, Englishness (not Britishness – Nanna had an irrational dislike of ‘the Scots’), and cultural transactions that have continued after her death.

The TV cabinet itself has symbolic functions. My mum bought it when we moved into our new house, when I was 15, a few months before Nanna died. It was stylish, and expensive. It’s a reminder of Nanna’s slippery relationship with class, across two countries and most of the 20th century. Nanna’s large, close family was, and mostly still is, spread across Essex. In the decades before Nanna left, they were of the comfortable, ‘proto-affluent’ working class. She had little interest in ‘upward’ social mobility. But she was defensive about intra-class distinctions, and became more so after she moved, unwillingly, to Australia. 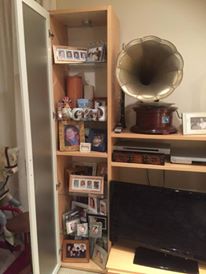 For decades after migrating Nanna was by any material standard ‘poor’. Financial insecurity was underlined by dislocation from her family, and dependence first on one husband, then another, neither of them very nice. Being of the ‘respectable’ working class became totemic for Nanna. She disassociated herself from the indignities of social precarity in the western suburbs of Adelaide. This class identity was also an English identity. She was the first to educate me about ‘the People’s War’, and her own role in it, building munitions in a former Tube station and nearly getting killed in the Blitz for her trouble. Australians, she told me, wouldn’t have done it.

My mum’s move into the professional middle class, and relative affluence, was an unexpected outcome from all this. Mum benefited from the expansion of university access in the 1970s, then from two economic booms and the (relatively) equal distribution of their benefits. This made for some equivocation from Nanna. Our new house, and all the things in it, represented an escape from impoverishment. It also signified avoidance of the English family’s diminished life chances, intimated alongside affectionate reminisces, and family news, in letters from her sisters over 50 years. In the end, Nanna thought moving to Australia, and staying there, was for the best. One of my last memories of Nanna is her sitting in front of the tv, contentedly holding the puppy we bought a week before she died.

There were, also, ongoing cultural exchanges with ‘home’. I remember watching rolling tv coverage of Princess Di’s death with my upset Nanna. She loved Diana. Diana provoked in Nanna deference and fascination, and schadenfreude for the rest of the royals. Diana was a vector for Nanna’s determined ‘Englishness’. She was also, maybe, a symbol of domestic, psychological and physical violence, and loneliness and isolation, that Nanna knew too well.

I don’t remember exactly when we started collecting Diana memorabilia. It certainly wasn’t in deliberate tribute. But we’ve accumulated teacups, spoons, and a Russian nesting doll (that one bought in Moscow). We’ve expanded the collection’s parameters to include other royals – a friend of mine sent over a Will and Kate tea towel a few years ago. I’m eyeing off a commemorative Queen and Duke of Edinburgh tea tray, in a shop window on my way to the bus stop.

At one level, this is easy to interpret. We’re taking the piss out my Nan and her sentimental attachment to Princess Di. But a historian can ask more particular questions of these household objects – like what do our actions, and the collection that springs from it, say and do? I’d say it shows how easily physical distance, that caused Nanna so much grief, is overcome these days. It concretizes other distances, of generation, nation, class, and culture, between my English Nanna and her smart-arse Australian grandchildren. It’s also ironic. Teasing her is a sincere act of affectionate remembrance. But how could a historian understand this, without testimony like mine about these objects’ provenance? Sources like these are difficult to interrogate. But, I swear, only things we really love go in the tv cabinet. In 2012, when Bowie the dog died, his ashes went straight on the shelf, next to Nanna.

*Thanks to Linda Ward, for photos and fact-checking.

5 thoughts on “Class, gender, and mobilities: the Princess Diana Collection*”