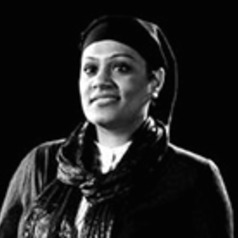 Modern British Studies at Birmingham is proud to announce that Professor Catherine Hall will be awarded an honorary degree by the University of Birmingham at a ceremony to be held this morning. We are especially pleased because Professor Hall’s career began at Birmingham and she has woven the city’s history into profoundly influential research on class, race and empire.

Professor Hall lived and worked in Birmingham during the 1960s and 1970s. This period was the heyday of the Centre for Cotemporary Cultural Studies and the emergence of a new awareness of the political dimensions of everyday life. For example, Hall was active in a women’s consciousness raising group that provided an important means of exploring how and why the ‘personal is political’. This afternoon she will be in conversation about her work and its groundings with our postgraduate students.

Hall’s most important research includes Family fortunes: men and women of the English middle class 1780-1850 (1987), written with Leonore Davidoff, White, male and middle-class: explorations in feminism and history (1992), Civilising subjects: metropole and colony in the English imagination, 1830-1867 (2002); Macaulay and son: architects of imperial Britain (2012) and a host of edited collections on race, gender, slavery, domesticity and imperial culture.

Professor Hall spoke of her most recent research at the University of Birmingham’s inaugural Modern British Studies Conference in 2015. Her plenary drew from her leadership of the ESRC-funded project Legacies of British Slave Ownership (2004-12) and the new ESRC/AHRC funded project ‘The Structure and Significance of British-Caribbean Slave-Ownership, 1763-1833’ (2013-16). In 1833, the British Government paid £20 million in compensation to slave-owners when the Abolition of Slavery Act 1833 was passed to end stop slavery in the Caribbean, Mauritius and the Cape. The slave trade had been ended in 1807 but emancipation did not follow for another 26 years. Even then, a scheme of apprenticeship was adopted that continued to make use of unfree labour.

Both projects have traced the recipients of the compensation and have helped to establish the profound and lasting significance of slave-ownership to British society. The compensation paid would be around £16.5 billion pounds in today’s money. Following the money has revealed that it contributed to private wealth whilst flowing into industrial projects such as building railways and financing merchants and banks. One of the most important outputs is an Encyclopedia of British Slave-Owners that is publicly available online and allows users to search a database to see if their ancestor owned slaves. A two-part BBC documentary based on these findings, Britain’s Forgotten Slave Owners, recently won a BAFTA.

One of the most impressive aspects of the Legacies of British Slave-Ownership project is how beautifully it exemplifies that British history can begin with and incorporate conservative ground but quickly transcend the limitations of focusing on the elite, powerful, white, metropolitan and male. Thus, an established history of propertied men has been transformed into a considerably more nuanced account incorporating women and people of colour. Establishing deep continuities between earlier histories of slavery, the post-abolitionist state and the lasting impact of empire also offers rich opportunities to recast our understanding of how the nineteenth century ought to be incorporated into Modern British Studies. We must always keep in mind the distinctions, however finely graded, between master, servant and enslaved; between metropolis and colony; between man and woman; between being propertied and property; between labour and idleness; and across a spectrum of bodily differences such as complexion. Whether explicit or implicit such qualifications abound in the texts, images, material artefacts and soundscapes of both British and global history.

Professor Hall’s research has transformed our understanding of race, gender, class and empire within modern Britain. We are immensely pleased that University of Birmingham has chosen to recognise the value of her research and look forward to hosting the celebrations.