Call for papers for MASCULINITIES IN TWENTIETH CENTURY BRITAIN.

Details can be found: https://c20masculinities.wordpress.com/

This workshop aims to provide a forum for the first systematic reflection on histories of masculinity in modern Britain since the publication, nearly thirty years ago, of Michael Roper and John Tosh’s landmark collection, Manful Assertions (Routledge, 1991). We invite expressions of interest from scholars working on questions of masculinity in any field and any discipline. Our aim is to use this workshop as a starting point for a new collection of essays to be published by Manchester University Press (subject to review). 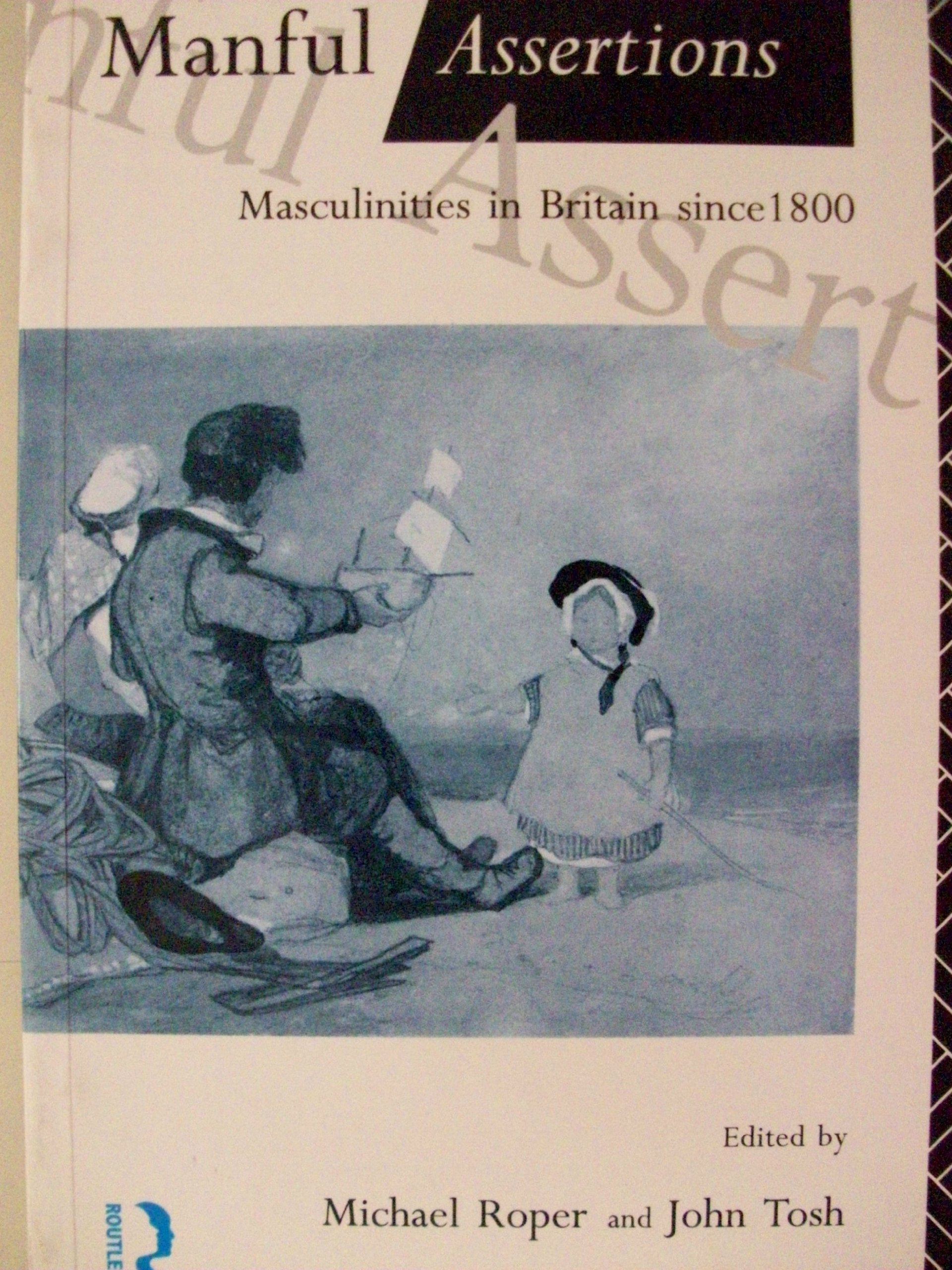 In the period since Manful Assertions was published the history of masculinity has continued to grow as a field. Scholars working in this area have made significant contributions to our appreciation of gender as a necessary and productive category of analysis in the study of the British past. In so doing, they have broken new ground in both isolating the time-and place-specific nature of ideas and experiences of masculinity, and demonstrating how interrogating the dynamics of gender and power can transform our understanding of state and society, politics and culture, economy and environment in modern Britain.[i]

Yet there has been little attempt to take stock and consider the implications of both changing forms of historical knowledge and our present social and political conjuncture for key categories, chronologies, and debates in the history of masculinity.

Despite the development of new areas of inquiry and methodologies in the study of the historical formation of masculinities (often associated with histories of the emotions and/or sexualities, and the new cultural history), established frameworks remain intact. These include, most notably, ideas around “domestication” and the private sphere, a focus on the transformative flashpoints of war, and the tired, if culturally pervasive, trope of “masculinity in crisis”. A handful of edited collections have drawn together contributors to reflect on particular themes — notably around masculinity in relation to religion, empire, or war. As yet, however, there has been no explicit consideration of the practice, preoccupations, and politics of histories of masculinity in modern Britain in toto.

Three decades on from Manful Assertions, and with the guiding questions, theoretical foundations and archival resources of research in modern British history having undergone significant transformation, this is an important intellectual moment at which to consider the state of the field.[ii]

It is also an important political moment at which to think through the practice and politics of writing histories of masculinity. Initial work in this area built on the interventions of women’s history and gender history, as well as the political commitments of feminism and the pro-feminist men’s movement, and responded to the growing cultural purchase in the 1980s of the “new man” and associated models of behaviour and identity. It was an historical project that addressed itself directly to the circumstances, conditions and questions of its own conjuncture. But it was also one that implicitly, perhaps, organised itself around a linear or progressive narrative of change over time: the slow undoing of patriarchy and the fragmentation of a dominant code of masculinity. Our choice of the plural “masculinities” in the workshop’s title, to denote the existence of various codes and expressions of masculinity across time and place, reflects a key outcome of the first phase of research in the field.

But the Weinstein scandal and #MeToo campaign, the masculinist rhetoric and posturing of the Alt-Right and pro-Brexit movements, and the endurance of sexism within and beyond the university all indicate that white, hetero-patriarchy has in fact, over the last thirty years, become a more rather than less pervasive and insistent force in public life. This is evident in popular culture and old and new media, but also in patterns of violence in everyday behaviour and language. A history of masculinity written from the vantage point of the present must therefore take patriarchy’s renewal as both a challenge to the politics of its intervention and as the central problematic of its investigation. In doing so, it must also reassert the power of history, and especially women’s, feminist, queer and imperial history, to question and unsettle and denaturalize forms of hegemony and hierarchy in contemporary public life.

With these intellectual and political starting points in mind, we seek contributions that address specific problems, processes and episodes in the modern history of masculinity but at the same time think through the analytic categories and concepts around which our work is structured, and that establish conversations between different fields and approaches. In this context, two questions animate this project: how should we write histories of British masculinity, and why write these histories now?

Themes for consideration include, but are not limited to:

Our aim is to use this call for papers as a prompt — a starting point for an edited collection based on real collaboration and discussion that, we believe, can best meet the complexity and urgency of these questions and issues. We would therefore like potential contributors to present their ideas for draft chapters at a one-day workshop at the University of Birmingham on 1st June 2018. If this something you’d like to be involved in, please send a paper proposal (c.300 words) along with a short biography to us on the email addresses below by 4th February 2018.

We especially urge contributions from those working on intersections of masculinity and “race” or ethnicity, regional and non-metropolitan masculinities, and transmasculinities. We also warmly encourage submissions from postgraduate and early-career researchers and are seeking funding that will allow us to reimburse PGR/ECR travel to/from the event.

Katie Jones is a doctoral researcher at the University of Birmingham. Katie’s research focuses on gender, sexualities, emotion and public health in twentieth century Britain and her thesis is provisionally entitled “Masculinities, Contraception and Sexual Health in Late Twentieth Century Britain, 1967-1997.”
klj594@bham.ac.uk

Matt Houlbrook is Professor of Cultural History at the University of Birmingham. Matt’s research focuses on the cultural history of modern Britain, with particular interests in histories of gender, sexuality, and selfhood. He is the author of Queer London: Perils and Pleasures in the Sexual Metropolis, 1918-57 (University of Chicago Press, 2005) and Prince of Tricksters: The Incredible True Story of Netley Lucas, Gentleman Crook (University of Chicago Press, 2016).
m.houlbrook@bham.ac.uk

Ben Mechen is Teaching Fellow in Modern British and European History at University College, London. Ben’s research examines sexual liberalism and new models of the sexual self in late-twentieth century Britain. He is currently working on his first book, Responsible Pleasures: Sex after the Sexual Revolution.
b.mechen@ucl.ac.uk

[i] Recent interventions include Roper, Michael, ‘Between Manliness and Masculinity: The “War Generation” and the Psychology of Fear in Britain, 1914–1950’, Journal of British Studies, 44:2, 2005, 343-362; Smith, Helen, Masculinity, Class and Same-Sex Desire in Industrial England, 1895-1957, (London: Palgrave, 2015); Delap, Lucy and Sue Morgan (eds) Men, Masculinities and Religious Change in Twentieth Century Britain, (Palgrave, 2013); Griffin, Ben, The Politics of Gender in Victorian Britain: Masculinity, Political Culture and the Struggle for Women’s Rights, (Cambridge University Press, 2012); Fletcher, Christopher, Sean Brady, Rachel Moss and Lucy Riall (eds), The Palgrave Handbook ofMasculinity and Political Culture in Europe, (Palgrave, 2017).
[ii] For a recent reflection on the state of the field see Tosh, John, ‘The History of Masculinity: An Outdated Concept?’, in Arnold, John H. and Sean Brady (eds), What is Masculinity? Historical Dynamics from Antiquity to the Contemporary World, (Palgrave, 2011). See also Harvey, Karen and Alex Shephard, ‘What Have Historians Done with Masculinity? Reflections on Five Centuries of British History, circa 1500-1950’, Journal of British Studies, 44:2, 2005, 274-280.